The 2022 Barkley Marathons started at 7:54 AM Eastern Time on March 8, an unusual or perhaps unique mid-week start. So, everyone’s surprised. I’m surprised, excited and generally amped. I knew 2022 couldn’t suck 100%. As always, I’ll add runners and more details as that information becomes public knowledge. No spoilers here. Just Barker madness. If you see anything missing or wrong below, please let me know.

All information here is public and is being updated in real-ish time from Twitter (#BM100), Keith Dunn (Twitter), Taka Does Stuff,  Ultra Signup, Reddit and other sources. If I’m missing or wrong about  anything, just let me know and I’ll verify and update.

By Barkley convention, women are indicated with an underline. The top finisher in each gender is in bold. Note that sometimes race information and reports are not in English, but can be easily translated using Google Translate or other means. “DNF (OT)” means that they finished the loop after the cut-off time (over-time), as opposed to dropping out without finishing the loop. I can’t always tell if a drop is a DNF or DNF (OT) on loop one.

The total cutoff for the Barkley is 60 hours, during which runners have to cover all five (5) laps. The individual loop cutoffs are nominally 12 hours, but you can finish the 3-loop Fun Run in 40 hours, so the effective cutoff for the first three loops is 13:20 per lap; however, if you want to continue, you have to finish the Fun Run in 36 hours or less, and cutoffs thereafter are 12 hours per loop. Here are the cutoff times for 2021 in Eastern Daily Time (EDT), the timezone for Wartbug, TN.

Live Updates During the Race

As always, the best source is Keith Dunn on Twitter or the usual Reddit thread, among others. Amelia Boone is also offering commentary this year, and Taka is maintaining a live-ish spreadsheet with time updates that’s pretty cool.

All TBD / Pending / Not Yet Accurate

Guillaume Calmettes @gcalmettes is the latest casualty at #BM100. 12 runners remain in the race.

Albert Casas is tapped out after failing to complete loop 2. #BM100

One of the greatest female ultra-runners of all time is finally making a second go at the Barkley. The women’s field is strong this year. If you want to see a great movie about Courtney, check out The Source.

Trying this one again because when it’s a race you’re almost guaranteed to fail, it’s got a weirdly strong pull to see how you can do at it. 🧲 Send good navigation vibes, strong climbing leg vibes and lots of staying-awake-through-many-days vibes, please! ✨🙏 https://t.co/EYm7yzqDPO

Enrico Frigeri dropped out shortly after beginning loop 2 and faces the bugler. #BM100

Frozen Ed Furtaw is the first to face the bugler in 8:45:32. Frozen Ed is the author of the definitive history of the #BM100, “Tales from Out There.”

Whilst we napped, Paul Giblin was tapped out. Three runners are on loop 3, 2 are in camp having finished loop 2, and 4 are still on loop 2. #BM100

Tomokazu Ihara finished loop 2 in 26:15:27. His crew is working on him hopefully for a quick turnaround. #BM100

Chris didn’t run this year, but some docs said he did. 🙂

My friend and amazing runner from down under, Isobel is racing right after getting engaged to her partner and crew member, Ron Tait. Congratulations to them both!

This is classic. The Barkley course wins again.

A police car pulled up to Frozen Head at 5:00 this morning. The sheriff had been called for a "woman dressed as an Indian" who was scaring the village of Petros. It was Karel Sabbe, after getting lost during his 4th loop… and so the Barkley 2022 will not have a finisher. pic.twitter.com/7TP7bNO5aW

Runners are coming in from the wrong direction. Leif Abrahamson and Hinke Schokker @Hinke_Schokker both face the bugler. #BM100

Not running this year, but offering commentary on Twitter. Look out, Keith Dunn!

Experienced Barker and 2019 BFC champion, Liz helped filled out a strong field of women in 2021.

See his hysterical 2021 race report here, which was originally from Facebook.

Jamil aka Jam-Jam is a perrenial Barker, runner, great guy and also producer of some off the best Barkley content. Check out his video on the 2018 race.

There were erroneous reports that he was running.

She won BFC 21 and was thought to be at the Barkley this year, but she apparently did not apply. Hopefully, next year.

The Barkley Marathons has begun, and for once, I'm not regretting my life's choices 😆♥️

Good luck to all who began their own personal odyssey this morning.#bm100#rightwhereiwanttobe pic.twitter.com/0CShLZzlqV

Many Other Great Runners…

These are somewhat random examples of who’s NOT in the race. May other greats and potential runners are also not Out There this year.

Views from the Race

Inspired by the Barkley 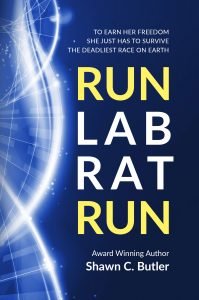 I was inspired by the Barkley years ago, but  like the vast majority of us, I’ll never run the race. So I wrote a science fiction book about a wild, dystopian future where genetically modified athletes compete in an insane and deadly race based (loosely) on the Barkleys. If you like ultra-running and science fiction, this is the book for you. Foreword or post-face by Laz (depending on edition).

If you stumble across other race reports buy runners or crew,  or just great recaps, let me know. As always, if you want to learn more about the Barkley, there’s more to read: