The Big Dog Backyard Ultra is a relatively new but absolutely awesome ultra running event, and the 2020 event might be even better in this time of coronavirus. This is just a summary of resources to help you (and me) enjoy the race, and eventually final race results and/or details as time allows.

Big Dog Backyard Ultra links, including Laz’s ongoing commentary / blog after each lap (for as long as he can keep it going).

This race is being run with 21 satellite teams, with a potential victory for each county (last one standing in each national race) and an overall victory for the last team with anyone standing. Team results are not yet fully updated / may change, but Karrel Sabbe is the 2020 Big Dog Backyard Ultra champion.

(*) In Bigs terminology, Laps = Hours = Yards (hourly laps around the yard), each of which is 100/24 or 4.17 miles long. By original Barkley convention, women are underlined.

There are twenty-one (21) teams in the 2020 Big Dog Backyard Ultra remote World Championship. See Keith Dunn tweet, below, for more:

There 21 teams competing in the Backyard World Championship. Japan has 10 runners, India 11, and the United States 14. All other countries have 15 runners. Awards for most Yards (loops) by a team, each race has its own winner, and (potentially) one overall winner. #BigDogUltra

Information for all of these teams is provided, below, if I could find it. Some teams had last minute team changes or cancellations, for final team counts may not match Keith’s initial summary.

Team Belarus’ thirteen runners were done by lap twenty-six (108.3 miles), with a national victory by Aksana Sulimchik. Here are their final results:

India fielded one of the smaller teams, with only nine runners, and everyone was done by lap twenty-one (87.5 miles)–with a team victory by Kartik Joshi. 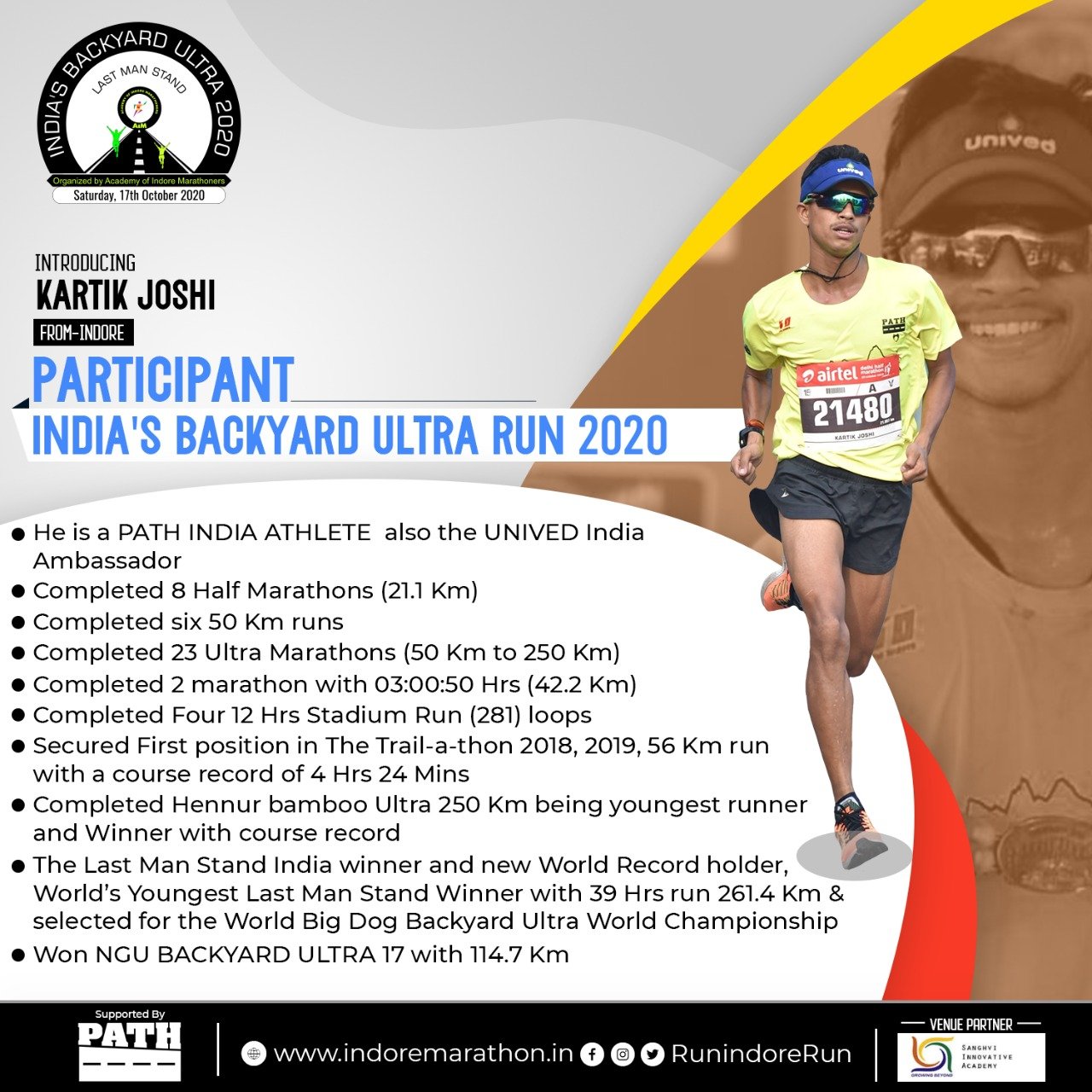 Here are the final results for India. Congratulations to everyone.

After a lively competition with Team Australia, New Zealand ended their race on lap 35 (145.8 miles) with a victory by Adam Keen.

Russia’s team of fifteen was the third country out, after twenty-eight laps (116.7 miles) and a victory by Tatyana Maslova.

Singapore made it to lap thirty-four (141.7 miles), with Abimanyu Shunmugam as the last one standing.

Switzerland started with fifteen runners, but was down to the last one standing after yard thirty-two (120.8 miles), Niklas Sjöblom.

The Ukrainian team is racing a park near or in Kiev. Looks chilly.

Team USA is running on the course where the non-pandemic Big Dog Backyard usually takes place–in Laz’s backyard in Belt Buckle Tennessee. The US winner was Courtney Dewaulter on lap 68.

If you have suggestions, improvements or just plain ol’ comments, please let me know.