Barkley Marathons documentaries are like trail crack; you can never get enough, but it used to be that finding information about the Barkley Marathons was was a challenge, and intentionally so. Since the 2014 documentary, The Race That Eats Its Young, however, things have gotten a wee bit crazy. To help you weed through the madness, here’s a quick list of the best Barkley documentaries and related videos about the Barkley. Enjoy.

Funded by a Kickstarter campaign, this movie about the 2012 Barkley brought the Barkley to the masses. It was free on Netflix for a long time, but is now on Amazon Prime (as of 2018). I can’t recommend it strongly enough; the feel of the documentary reflects the ethic and style of the Barkley itself, in wonderful ways. 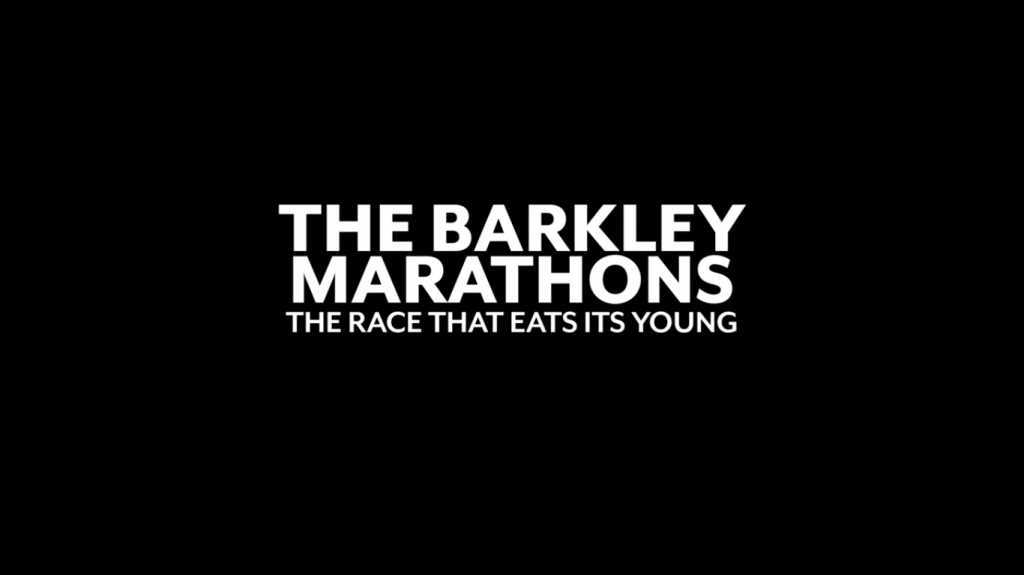 The Race That Eats It’s Young

You can watch the trailer here, but it’s also embedded right  below because this preview of the documentary is itself better than most other documentaries:

And while it may seem a bit meta, this documentary about the documentary (just an interview with the filmmaker) offers some good additional background for the Barkley nerd in all of us.

This 2012 documentary is also where you get to see Brett Maune do the impossible in setting a new course record. It’s an impressive feat, accomplished without ever looking like he was more than a wee bit fatigued.

It’s hard to beat the Race That Eats It’s Young for great coverage and background, but the Ginger Runner (Ethan Newberry) takes a different tack with Where Dreams Go to Die–focusing on the efforts of one runner, Gary Robbins, in 2016 and 2017 rather than the race as a whole.

Well made but painful to watch, WDGTD documents the attempts by Gary Robbins to finish the Barkley in 2016 and 2017. He would of course go on to try again in 2018. To be candid, WDGTD sometimes seems more clever than insightful, and a bit too slick for a race that’s trying to hold onto it’s backwoods roots, but it’s still an excellent study in human tenacity and compassion in the face of adversity. And it has one of the best quotes ever: “Let’s be honest, it was kind of a shit show.”

2019 Barker Karel Sabbe takes us through his experience at the Barkley Marathons, providing one of the best first-person accounts of the race that eats its young. Holding FKTs on the PCT and AT, Karel is sure to come back and finish in the (near?) future.

Less documentary than race contemplation, Jamil Coury and team provide a great overview of the 2018 race from one runner’s perspective.

There’s some great footage here, and a mellow soundtrack that brings you into the sufferfest without all the actual suffering.

This Brendan Young documentary is relatively short and includes some great commentary from Ed Furtaw.

Some of the footage of the James Earl Ray escape is interesting as well. Perhaps most fascinating is how Jared Campbell never looks freaking tired. What’s up with that?

A great look at the 2017 Barkley, including commentary with finisher John Kelly and near-finisher Gary Robbins.

This Nawar Productions French documentary covers the Barkley and includes footage from training runs in Europe with commentary by runner Alexandere Gilles.

There’s some great footage in here of Benoit Laval being chewed up by the Barkley.

This documentary about Nicky Spinks was released on November 19, 2019, and as far as I can tell is the first one with a woman lead. It’s about time! It’s a bummer Nicky didn’t finish more than on lap in 2019, but I’m sure she’ll come back strong:

Thanks to Summit Fever Media for acknowledging use of our Barkley Glossary in the film.

Short, sweet and a bit cheesy, there are a few charming moments with Gary Cantrell (Laz) in here.

While not a documentary per se, this shows Guillaume Arthus doing his best to get through even one loop in the Barkley–and doing it all with a positive attitude.

As of today, (Feb 28, 2020), there are finally 10 movies on the list. If you know of any other great documentaries or video insights, let me know. There are plenty of wonderful race reports and interviews, but this isn’t meant to be a giant or inclusive ranking. What else do you think should go here?

Highly recommended by French speakers, all in French w/o subititles:

Have a Barkley Marathons Documentary Suggestion?

Let us know below. If you want to learn more about the Barkley, check out the following:

Peace and be safe Out There.