As of March 16, 2020, the 2020 Barkley Marathons were announced as canceled by Keith Dunn on Twitter due to the coronavirus and related travel issues. Great decision, laz, but bummer nonetheless…

I was just putting this together as I learn who’s running, or who might be. If you happened to know of racers who were in the 2020 Barkley (and have gotten their condolences letter) let me know. Until then, be safe out there (and in there).

As of March 16, this is who we thought would run:

Note that women are indicated with an underline. If you know the other runners or can suggest other race reports, let me know. I’ll update as new information comes in.

Lief Abrahamsen is the first Norwegian invited to the Barkleys (via Google Translate): “If I have to complete 5 laps in Barkley, everything has to hit, I have to hit with navigation, the weather has to be on our side – some years it is simply impossible and complete due to difficult weather and fog – and I have to have a top day physically and mentally.“

Jamil Coury and Andy Pearson announced they were into the Barkleys in a YouTube “Bootcamp” video:

And here later was the sad notice of cancellation from Jam Jam himself:

The 2020 Barkley Marathons has been cancelled.

Brazilian Enrico Frigeri will be coming to the Barkleys to represent Latin America. According to Go Outside Brazil, “Enrico was one of the 20 foreigners chosen, the only one from Latin America, for the 2020 edition. Another 20 North Americans should be selected this month. Due to a confidentiality contract, the Brazilian can only say that the proof is in March.”

Miguel Lara was announced as a Barkley runner this year on the Born to Rub Instagram account: “…Miguel Lara has been selected to participate in the Barkley Marathons. We are super excited to support and follow along his journey.

David Limousin of France appears to be participating in part to draw attention to Type 1 diabetes. His announcement video is below, but only in French. See also this article in Wider Trail Outdoors magazine. You can also read his pre-race interview here:

Runner and photographer Krapa Rando has been training hard, as shown in a video posted to Facebook. See some of his great training videos here.

Gary Robbins is coming back for his fourth try: “I did, of course, get my letter of condolences for the 2020 Barkley Marathons. And after last week’s training, my first 30K week in almost two years since March 2018. I’m finally confident enough to say, not only are we going back to the Barkley this year, I have high hopes.” Gary also noted on FB, “My buddy Jake [Rankinen] ]got into the Barkley this year, after 5 years of applying.” 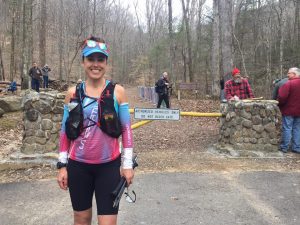 Isobel Ross will be returning for her second Barkley. See pre-race interview.

More about the Barkleys

If you see any other race reports buy runners or crew,  or particularly good recaps, let me know. And as always, if you want to learn more about the Barkley, check out the following: