The usual random whining and observations about hikes, runs and health. Not meant for external consumption…but read if you’re super bored and want to feel superior. 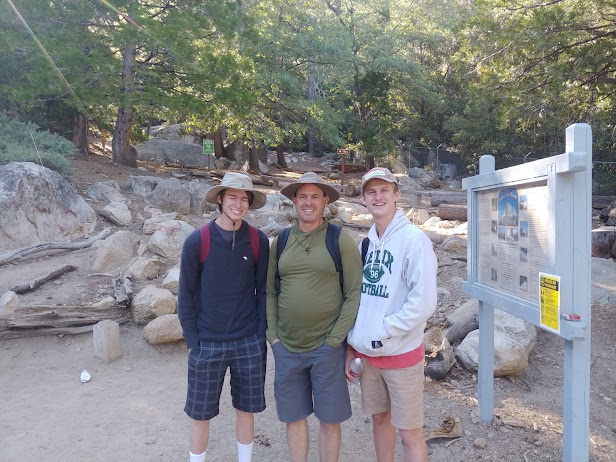 Fun day if a little longer than expected. The Funks rocked it. Tweaked my foot badly 2x, so that sucked, and it was hot, but that’s normal. 90% good, and great getting them to the peak.

Pretty terrible all around, mostly due to energy and sweat (too little of one, too much of the other, so that full 10 min slower to crest than “normal”. Weird. Also, front forks also giving out so turned around early… ;( Boo. If forks cannot be adjusted or rebuilt, time for a new bike?

Just a fun walk / hike. Must use bathroom before leaving next time :). Lots of police and Sheriffs out and about, but mostly preventative due to crowds?

First hike in a while where I tried for time (w/no running or hurting allowed). Got to top in 1:04 w/o resting (not bad) and r/t in 1:59, without hurting foot, so not too shabby.

Two good rides.  Both around an hour. Second one was 0:42 to the crest, which may be my best time despite getting my but kicked by some old dude 😉 Think my front suspension may be giving out…which sucks…

Long mountain bike ride. Foot hurt a bit, but mostly okay and no residual damage the next day. Definitely underestimated effort and heat, and my downhill skills are terrible. Still, great fun and experience. About 3.5k’ elevation gain and loss, most difficult and technical sections are after Beek’s, so glad I rode this before trying to run it. Need to eat better and take salt pills on these longer rides. Otherwise, all good news. About 4:07 total.

First hike in weeks, discounting wander around Onion Valley. Foot slowly getting better, but yeah, it’ll be a while. 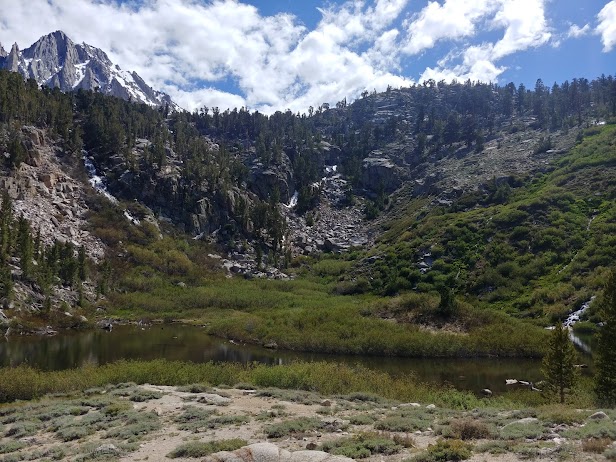 Just had to get out of Dodge. 15 min until foot hurt, 30 min until had to stop. But it was very beautiful.  Few people, all nice. Between today and June 1, all bike rides of varying lengths…

Was able to walk a bit around the Wilson observatory with minor pain. Pretty area and fun drive. Next day (June 1) neighborhood walk without any pain to near end. Excitement!

Broke chain again on morning ride, so bike’s out of commission until new stuff ordered. Probably best given vast numbers of people on Black Star w/o masks. Went for hour walk up Silverado Trail, which was nice despite traffic / parking madness and tired Altras for foot, but…bah.  More PT to come…

Freaking hurts biking now. Boo. Crazy how many people out without masks. Also, riding bike with messed up cluster is hysterical.

First semi-technical single track I’ve ridden in a long, long time. Kind of embarrassing. Only one tumble. Rocked the uphills ;). Definitely don’t have the skills or courage of bygone days. But Jim rocked it on his awesome new toy, so that was cool to see. Also, nice evening breeze by the ocean. Envy. 😉 Suspect I re-injured plantar  a bit on tumble.

Weird. Same route as Tuesday, but felt pretty awful (low energy, breathing too hard). Five (5) min or more slower to crest. Diet? Heat? Karma? Unknown. Within 20 feet of the end, cut off by unleashed dog and had to break so hard and throw bike to the side that I broke my own damn chain (okay, chain was probably old, but still). Sign right behind them says, “all dogs must be on leash at all times” but did they even apologize? Nope. I preferred the quarantine.

Yep, my food is screwed. Plantar Fascists all over the place. Sad. But. Also sad.

Same ride, mo fasta. About 47 min to crest, or about 12 min faster than running, which seems…well, there’s room for improvement.

So, BS opened yesterday, and today people were out in force. It was like they swarmed. For my part, did okay. Second time on bike in many months to take weight off stupid foot, and aside from the heat and feeling a bit plump, it was a good ride. Mountain-biking downhill sure makes running downhill seem silly.

May 15 / First Mountain-bike in a While

Still limping from whatever-the-hell I did to my foot the other day. Some new trails (for me) over by Santiago. Not pretty, but good hills and some things I might run some day. Biking is way better on foot / body than running, and was surprised that even my lower back seemed to appreciate the difference. May need to cross train more if I can keep ancient bike from blowing up.

Ran 3-4 miles every day flat on grass in park to work on shin. Miraculously managed to injure foot. Thought about cutting it off, but whatever. Sigh. 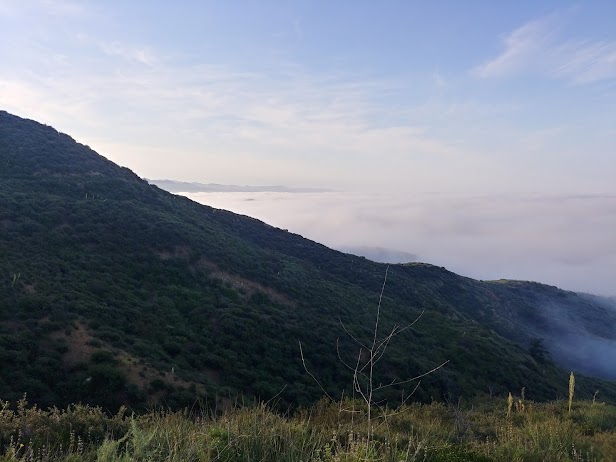 After a week of short 3-4m flat runs near the quarantine condo, thought I’d try out the shin again. Got about 2 miles in before it let me know things weren’t 100% yet. Bummer, but nice morning and great temps. I keep thinking about Dave Proctor running 60 miles a day for the Tennessee Race thingy, so my “running” makes me laugh. Ha ha. I suck. 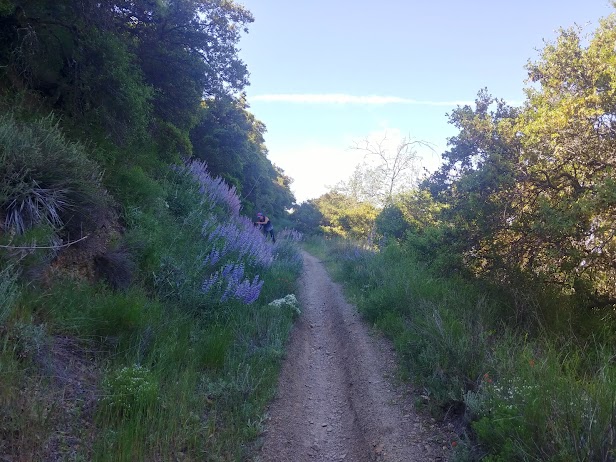 Fun day trying the loop out with Kam. Good stuff: body and nutrition generally good, nice views, good company, etc. Bad stuff: hot, and somehow hurt shin within a few miles so in pain / gimpy most of the day and sluggish on run down; pretty dehydrated by Modjeska (glad faucet was on); long back to lower parking area was a bit of a buzz kill. 7/10 overall, including some good downhill slow jogging (which somehow hurt less than walking) :). 7:30 RT, pretty much the same as last time. Not sure I’ll be able to walk tomorrow.

Notes: Salt pill every 30 min seemed to REALLY help with energy, aches and pains, and overall enjoyment of day. Not sure anything would have helped more with dehydration on such a warm day (except more water than would have been fun o carry, of course). Need to remember to bring sun shirt (long sleeve). Accidentally packed black windbreaker and wore for an hour on the way down and damn near killed myself with the heat (seriously, bad idea). Or at least just bring more sun screen.

Cooled off this am and a run was needed, so back to the trail! Same run as Tuesday (because there’s only one damn trail open near here), but cooler, more clouds and fewer people. All good things. Felt better the whole time except for nearly violent call of nature, during which, yes, I paused my GPS tracker. Also learned that sage is softer on the skin than you might imagine.

That said, viewpoint in 0:54 w/o any sign of bonking, very enjoyable non-miserable run back for 1:36 RT (my unofficial personal best due to tracker pause). I can see this being hard to improve on b/c the hardest climb is on the way back and footing is awkward at speed, but very happy with it. Lost 5 lbs instead of six, and feel infinitely better than Tuesday. No idea why. Just the temp difference (65-70 vs. 80+)? Maybe. Or could be the 4,000+ calories I ate on Tuesday. Not evening kidding. It was ugly.

Well, finally made it back to my usual turn-around. Hip fine, but man was I dragging. 0:55 to turn-around, which isn’t too bad, but sucked on the back (1:42 RT, 5 minutes slower than PR). 80+ at finish. Lost about 6 lbs, which is pretty normal for me. I feel like the pandemic is not helping my fitness or speed. Now hot. More whining in 3-2-1…

Note: I was ridiculously tired after this run, barely able to keep my eyes open, but then broke down and ate a few chocolate chip cookies. Now, everything’s better. Death to healthy diets!

Was planning to do the 8m RT to the viewpoint, but managed to stumble a few times and make hip a bit iffy. Saw snakes, many mountain bikers, a few hikers, and lots of swat pouring off my arms despite early start. Hip felt fine on way back and got to actually run a bit of the downhill w/o concern. It’s been a while. Generally positive, though some pudgy little guy was pretty much keeping up with me the whole time. Need to work on speed or something ;). People have discovered my secret parking spot, so add another mile and some climbing to the total.

Oh, had that weird dead-leg plus air-headed feeling, but went away after about 40 min. Gel on way back pretty much killed it, but it was pretty annoying for a while. Maybe need a better breakfast? Meh.

Finally made it from Santiago to Joplin to Modjeska Peak on what looks like the last “cool” day for a while (7.5 hrs, 4.2k+ up and down). Lots of salt pills, lots of calories, and felt okay to the climb through the prettiest part of the Joplin trail. Got tired, close to bonky, and breathing went way up. Damn, I sweat a lot. By the time I got to the peak road junction, I was feeling pretty baked. But after water, calories and pills, the rest of the walk up to Modjeska (my first time on the peak) was okay.

Decided to take Harding Truck Trail down, despite concerns that the trailhead might be closed, because body felt more like a steady downhill than anything technical. Energy slowly came back and jogged a bit, but hip was a bit iffy (and back was painful). So, walked 99% of the way and got to the trailhead by 7:30 or so. Then another two mile walk back to car, including uphill at end that hip didn’t like, but townspeople didn’t shoot me and car was still there, so not bad.

Overall, I think for me salt pills and a lot of salt pills are the only thing that can prolong my runs / hikes and make them more pleasant. More important even than water in some ways. Less achy, better energy, and far better feeling the next day. As for energy / bonky feeling, think that might be mostly lack of fitness, but we’ll see. Good day overall, including great fog on Joplin and being above the clouds on Modjeska.

First jog uphill in weeks. Very slow, largely due to rampant obesity and hyperventilation, but still felt great to be outside. Goodish pace and ran 90% of the time, taking it easy on hip on way back. Just about done with this injury, I think. Knocking on all sorts’a wood.

Apr 18 / Loops Jogged in Nearby Park

Laps around the park. Maybe 12? Don’t remember. Think that’s about four miles. Hip fine. Ready to try out on trail.

First longish hike in a while. Hot. Humid. But body held up well. Turned around at crest before descent into creek canyon b/c felt energy lagging. Bit of a painful slog back, but hip feeling better. Temp high seventies.